WebGL is a low-level browser API used to render complex 2D and 3D graphics on the web. It works by giving the browser access to the GPU processing and rendering on client devices. As part of Cloud-based maps styling, Google introduced the vector map. It will be available on JavaScript over the next few weeks and it will allow you to add a WebGL-accelerated map to your web apps.

During the conference, Google announced two new Web-GL features for the Maps JavaScript API in beta version: Tilt and Rotation as well as WebGL Overlay View.

Until now, maps have been limited to a two-dimensional, top-down view of the base map. The tilt and rotation function gives your users an entirely new perspective with 67.5 degrees of tilt and a full 360 rotation of the map both on load and at runtime. Also, 3D building models will appear in the web apps for the first time. 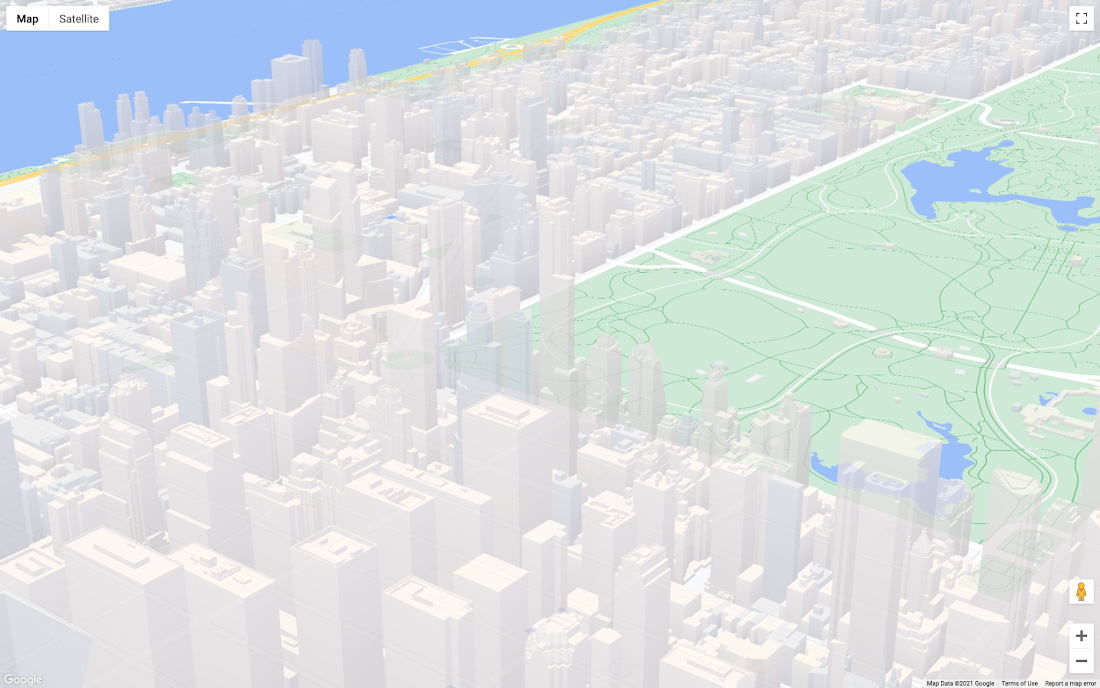 This function provides a new way to build map user experiences by giving you the option to render 2D and 3D objects directly on the base map. The objects will be rendered as part of the map in three-dimensional space with occlusion and perspective. The graphic below shows WebGL Overlay View implementation of 3D markers.

You can find useful materials about WebGL function in Google’s codelab and documentation. You can also learn more from the “Next generation maps with WebGL” session available on-demand on Google’s YouTube channel.

In June 2020, Google released the beta of Cloud-based maps styling features. The company shared a modern style editor to help you customize, manage, and deploy your maps from the Google Cloud console. Additionally, Google introduced ready-made map styles optimized for particular industries that allow you to get your map creation started fast.

Google team spent the last months improving the in-console experience and overall performance and currently, the Cloud-based maps styling is officially generally available for the Maps JavaScript API and the Maps Static API.

You can also learn more from our Cloud-based maps styling guide.

The new customization tools for Google Maps in the Cloud - developer and user guide
Warsaw is becoming a new Google Cloud region!
Use the full potential of Google My Business with our guide and tips